Our Take on Spamhaus vs. CyberBunker 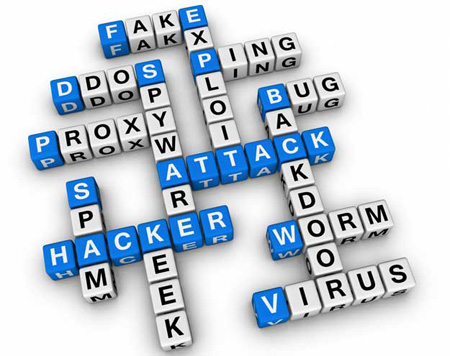 Over the past two weeks there has been a ton of attention on the open internet, rights and proactive organizations with positive intentions infringing on the freedom of the internet. Where does NRCW stand on this?

So What Does This Come Down To?

Technically there is a problem with the way the internet is engineered. Mail servers are in fact an attached part of the server itself. For our 25+ accounts, we have only 5 different servers and thus only 5 email servers. If one account decides to send out spam, they will use the server with that dedicated IP address and DNS name associated with it.

SPAM Fighting can only block the mail server right? So it’s not fair that the other accounts are affected. They do a good job in sending a reply to any account whose email is blocked and provide a way for server admins to white-list their server. They provide a notification intended for the hosting provider themselves to find and fix the problem.

Is It Worth Internet Warfare and Aggressive DDoS Attacks?

We don’t know all the details. I hope there was a positive intention behind all this drama. When it affects people on a global scale by means of infected servers tying up bandwidth and slowing down the global internet, that’s not cool. When governments get involved, it can get nasty. We hope they’re not intentionally hyping up this private issue as a means for new cyber security laws and this should be done on a private level.

NRCW knows all about DDoS attacks, just look back on our own issues from 2012. We may be targeted because of our business name alone. We’re not a big company but we think big. The “Worldwide” in our name seems to attract some unwanted attention.

We Have No Position On This At This Time

We support an open and free internet but at the same time we understand fully the concerns of an entire hosting provider like CyberBunker being blacklisted without any other option. It’s a very touchy subject when you understand how everything comes together. No they probably should not have done what they did though!

Whats Our Take On Other Recent Events & The Anonymous Collective?

We don’t think there is any relationship to Anonymous and CyberBunker. Again, we don’t think the CyberBunker and the Anonymous Project are connected in any way. Anonymous is out there for a positive cause for the general public. Open and free information is what we call liberty. Freedom is the most important aspect to the general public and as a collective I think we’re more and more aware of the lies and excessive power that exists in the world. As a whole, NRCW supports the Anonymous Collective as long as they don’t cause any harm like CyberBunker did.

Do We Use or Offer Cloudflare?

Yes we do on all of our servers, both dedicated and shared.

Do We Use Spamhaus RBL On Our Hosted Servers?

Yes we do, again on all servers. [Read More]

Will We Continue To Use Spamhaus?

At this time, yes! We have little risk of a false positives on our own dedicated servers and still trust Spamhaus and their positive intentions. When it comes to shared hosting; no we would not support Spamhaus if it’s know that the hosting company takes on bad clients. Spamhaus has been successful and beneficial for us so far but are now aware of the reason why there was a confrontation and will think about it a little more in the next months.

Support free and open internet, the freedom of speech, right to bear arms and feedom of healthcare. Protect and defend the Constitution of the United States of America and the Bill of Rights. Also stop annoying SPAM, leagl entities should prosecute the perpetrators. If everyone does their part, the internet will become a great resource in the near and distant future. We need take an active role in producing an environment that encourages creativity, prosperity and freedoms, not more laws.